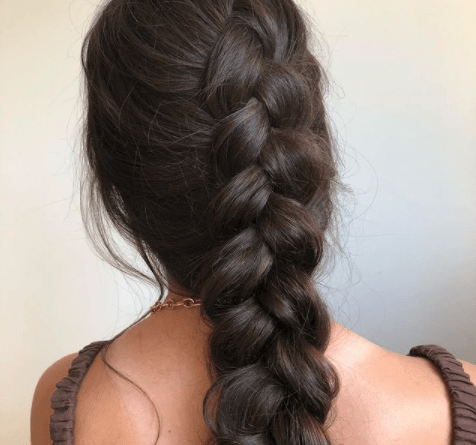 Did you know that there are chemicals in some of the most common hair dyes that can lead to hair loss or stunted hair growth? Let’s take a look into the ingredients that go into hair dyes.

In order to secure a permanent color in your hair, the hair dye must use a combination of the chemicals ammonia and hydrogen peroxide. If you are going for a darker shade than manufacturers almost always use Paraphenylenediamine or PPD, which is an organic compound that will darken when exposed to oxygen. Unfortunately, it is known to create a number of toxic effects…

Generally speaking, avoiding ammonia is a good rule of thumb, but its role is to open up the cuticles to let the dye in. The problem occurs because the cuticles will remain open after the dyeing process. This leads to hair brittleness and the hair often times lacking luster and luminosity. Some dyes utilize a mechanical way to open the hair cuticle by exposing it to heat prior to dyeing. This will enable cuticles to safely close after the dyeing process.

Hydrogen peroxide is another popular ingredient used in hair lightening dyes. On its own or as a component in blonde dyes, hydrogen peroxide creates a permanent dye: its effect will only go away as the new hair grows. This is because hydrogen peroxide works in the hair cortex, the innermost part of the hair that holds the pigment that gives hair its color.

Another one to avoid is resorcinol as it inhibits the activity of enzymes responsible for some thyroid functions.

Obviously, all these: PPD, Ammonia, Resorcinol, Hydrogen Peroxide would not be allowed to be sold if they weren’t safe (especially in the EU). However for the purpose of transforming your hair holistically, if you can avoid them – do.

Hair loss in hair coloring can occur due to two factors: firstly through hair breakage as a result of increased brittleness; and secondly, through hair thinning at the root of the hair – as most dyes are applied on the hair root thus affecting the scalp.

There will be some degree of trade-off in terms of permanent vs semi-permanent colous. If you want the permanent coloring, then avoiding PPD can be hard. It would also be best to avoid shampoos with sulfates altogether, as those wash out color really quickly. Minimize washing your hair with shampoo in general will prevent hair becoming too brittle.

Hair Restoration – The Best Investment You Can Make Is In Yourself!

Factors That Could Be Contributing To Hair Loss For Women

The Benefits of a Lace Wig