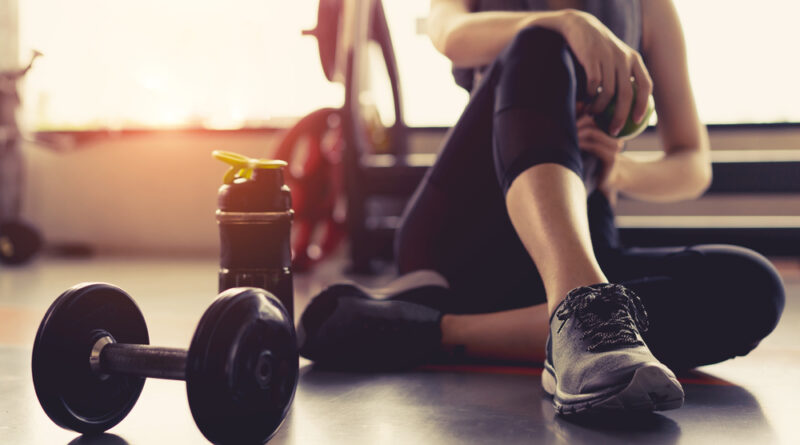 There seems to be a great deal of emphasis these days about attaining the perfect abs, sculpted upper arms, toned calves and getting rid of every ounce of fat.

Magazines, reality shows, advertisements, and celebrities all tout the perfect physique; at what price? Working out at a gym, jogging, doing Pilates, Yoga or any form of vigorous activity to maintain physical health is fine when done on an appropriate scale.

It is now an accepted fact that our mind and body are connected. We also know that moderate exercise does bring about positive mental benefits as physical activity increases oxygen flow to the brain and produces greater amounts of endorphins, otherwise known as ‘feel-good chemicals’.

But what is moderate for each of us? I know people who go overboard with exercise and are obsessed with physical fitness to the exclusion of their mental wellbeing. They end up damaging both mind and body in the process.

Worst of all they judge others who don’t follow their regime of running marathons and triathlons not knowing that they are the ones who need to re-balance their lives.

Today more than ever I come across so many fitness buffs. They work out in a frenzied almost obsessive-compulsive manner but prefer to sweep emotional issues they face under the rug.

An extreme example I can recall was a company director who took part in ironman events in the region. An ironman event consists of a 2.4-mile swim, a 112-mile bicycle ride and a 26.2-mile marathon, raced in that order and without a break. He was an avid runner and cyclist whose life revolved around these events and constant training in between despite having young children.

Not even getting pneumonia during a couple of the events and being hospitalised could keep him away! He once got himself discharged earlier before full recovery because he wanted to take part in another race.

For all his physical prowess the sad thing was that as a member of the senior management team he totally lacked people skills. His cold demeanour made staff afraid of him and they did their best to avoid him.

On the other hand I recall the words of my Managing Director when I worked in banking. He was a slim, healthy man in his 50’s then. When I asked what he did for exercise weekly he said a 20 to 30 minute run on the treadmill a few times a week kept his mind clear and his body healthy.

There is something off kilter with society today when fitness freaks think that they are healthy. I don’t believe that fitness equals health. I know of too many people who have dropped dead on the golf course or who died young from no real reason except in my mind, due to overworking the body.

I look back at my parents and grandparents and at farmers who toil their land. They do a natural amount of exercise, commensurate with what the body can take. They kept to nature and what the body was built for. Today the overworking of our bodies in doing a marathon for instance requires a buildup of protein with special diets to get the body ready for the big day.

Some recorded symptoms of overworking the body include loss of focus, sluggishness, chronic joint and bones pains, lack of motivation and falling sick more often. This to me is highly unnatural and one I am hesitant to condone in my own life. What are they trying to prove?

As an NLP Trainer I see people like this running away from themselves. They are obviously running loops in their addictive strategies that don’t allow them to exit. They are sports aficionados who never miss a game of cricket, golf, or tennis and who also only ‘talk’ sports off the field. They might think that an addiction in sport is a good thing but any addiction takes us out of balance and something else suffers eventually.

Changing mindsets is a near impossible task with these people as they hibernate in their comfort zone refusing to open up to new possibilities. When such individuals turn up in my workshops they invariably stay aloof from the rest of the group and again take cover behind a sports buff façade. It is like there is an emotional wall between mind and body with the connection switched off.

I strongly feel that the closer we keep to nature the closer we are to home. I see people like this embracing addictions and they don’t even realise it. They are at DIS-EASE with themselves. The erroneous belief of fitness equals health is their downfall that eventually leads to physical ailments.

In creating effective people in companies, I make sure the mind-body connection is discussed at length. When I feel well I am able to operate at higher productivity.

4 Unusual Ways To Improve Your Health

The Luxury of a Human Touch Massage Chair