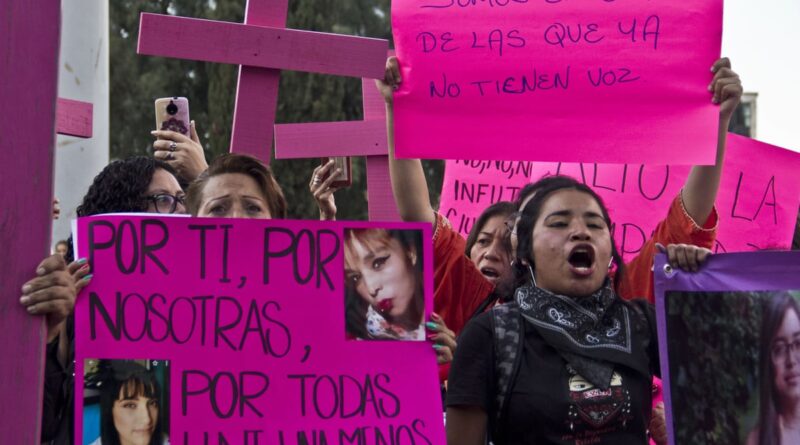 An imbalance of hormones can cause a range of psychological and physiological symptoms. People generally produce fewer hormones as they age, and hormonal deficiencies may also result from environmental and nutritional factors. Restoring hormones to their proper balance often improves a person’s health and overall happiness. Physicians achieve this goal with hormone replacement therapy (HRT), which supplements a person’s natural supply of hormones such as estrogen and testosterone. Men and women may both receive HRT, although the specific benefits and effectiveness differ between the sexes.

HRT may refer to any type of therapy in which the patient receives hormones as medical treatment. This includes supplements of naturally-occurring hormones as well as the substitution of similar hormones. HRT generally has three forms, including HRT for menopause, androgen replacement therapy and HRT for transgender people.

The purpose of HRT for menopause is to reduce the symptoms caused by a reduction in the levels of estrogen and progesterone in the bloodstream. This commonly occurs during menopause, although women who have their ovaries removed also have a lower estrogen level.

Androgen replacement therapy (ART) is primarily used to supplement a man’s natural testosterone. This is generally the result of hypogonadism, in which a man’s testes don’t produce sufficient amounts of testosterone. Various conditions such as cancer can cause hypogonadism, and it’s also a natural part of the aging process.

Bio-identical hormone replacement therapy (BHRT) is a type of HRT that uses hormones that are molecularly identical to the ones used in traditional HRT. The goal of this form of HRT is generally to achieve a desired hormone level, as measured by blood or saliva testing. Hormones commonly used in BHRT include estradiol, estrone and progesterone, which are commonly available in manufactured products and products compounded at a pharmacy. BHRT may use dehydroepiandrosterone and testosterone, although the availability of these products is more limited in North America. Estriol is also available in Europe for BHRT.

Physicians may administer HRT with a variety of methods including pellets, pills, patches and creams. They will routinely adjust the specific dosage and approach to provide maximum benefits with minimal side effects. It’s therefore essential for patients to report any side effects when receiving HRT.

Pellets are inserted under the skin, where they release a consistent dose of hormones over a period of time, typically at least four months. This administration method is most often used in BHRT with pellets that contain hormones from natural sources such as plants. Pellets create smaller fluctuations in hormone levels compared to other administration methods, which can result in a roller coaster effect as the hormone level rises and falls.

HRT that uses estrogen often relies on pills to administer this hormone. These pills typically contain progestin as well unless the woman has had a hysterectomy. Estrogen HRT can generally be divided into continuous therapies and cyclic therapies. A continuous method involves taking pills with estrogen and progestin every day, which may cause irregular bleeding.

A cyclic method involves taking a pill containing estrogen for 25 days out of the month and another pill with progestin for 10 to 14 days out of the month. This method can cause monthly bleeding due to the withdrawal of estrogen. HRT specialists generally recommend limiting HRT for menopause to a period of five years at the lowest dose needed to treat the symptoms. Some pills used in HRT contain raloxifene, which is an estrogen-like compound known as a selective estrogen receptor modulator.

Therapists also use patches to deliver a variety of hormones, including estrogen and testosterone. The patch then delivers the hormone into the bloodstream at a specific rate. The patch is typically applied by the patient to the buttocks or abdomen for up to one week. The patient may then remove the old patch and apply a new one. A patch remains on at all times, even while bathing or swimming.

Patches that deliver estrogen can cause monthly bleeding, just as it does in pill form. A patch that provides ART for postmenopausal women and women who have become menopausal due to surgery has been approved in Europe. However, the FDA has not yet approved it for use in the United States. Cream that contains estrogen can treat urinary problems and vaginal dryness by inserting it into the vagina or around the vulva.

Estrogen is the primary female sex hormone, which plays an essential role in regulating a woman’s menstrual cycle along with other related compounds. Progestin is a synthetic hormone that belongs to a class of hormones known as progesterones. It is commonly used in HRT to prevent a proliferation of endometrial cells, medically known as endometrial hyperplasia. This condition often occurs when estrogen is used by itself in HRT. Progestin is also used by itself or in combination with estrogen to prevent conception.

The University of Maryland Medical Center reports that female sex hormones are most often used to relieve symptoms of menopause such as the following:

A study appearing in a 2009 issue of Maturitas showed that this form of HRT may increase a woman’s life expectancy and reduce her risk of dementia.

HRT for menopause usually involves reducing the dosage of hormones over two years, which is especially effective at reducing the severity of hot flashes and night sweats. The reduction in estrogen production can also make a woman more prone to osteoporosis, which may also be prevented by HRT.

The Journal of the American Academy of Nurse Practitioners published a study in 2007 regarding the effectiveness of HRT in the treatment of postmenopausal symptoms. The study consisted of a systematic review of 602 articles appearing in scientific journals such as Pubmed, Medline and Medscape. This study concluded that HRT can relieve postmenopausal symptoms and may also treat conditions that are co-morbid with menopause including some cardiovascular conditions, colorectal cancer, type II diabetes and osteoporosis.

Recent studies show that HRT is often effective for the treatment of osteoporosis, whether the therapy consists only of estrogen or estrogen combined with progestin. Current research on the effectiveness of postmenopausal symptoms and other co-morbid conditions are more limited. HRT can improve the quality of life of postmenopausal women, and it may also increase the longevity of some women. More research is needed to establish the long-term risks and benefits of HRT. Additional research will also allow healthcare providers to better educate patients on receiving HRT, including which specific therapies are preferred and whether to consider alternative forms of HRT.

Testosterone is a hormone that belongs to the androgen group, and is also the primary male sex hormone. The testes of male mammals produce testosterone, as does the ovaries of females. The adrenal glands also produce testosterone, although in smaller amounts. Testosterone causes the masculizing effects that occur in boys during puberty, and some of these changes begin to reverse themselves when a man’s testosterone production declines during middle age. This condition is sometimes known as andropause, although this term is not currently recognized as a medical classification by the World Health Organization.

ART may use testosterone as well as synthetic androgens such as nandrolone. It can be self-administered by the patient using various means such as creams, gels, pills, tablets and patches. A physician may also administer ART by injecting the androgen deep into the patient’s fat or muscle.

A man’s testosterone production normally declines as he enters middle age, which often produces the following categories of symptoms:

The physical changes caused by a reduced testosterone level typically include a loss of muscle mass and strength. It can increase the amount of body fat, especially abdominal fat. It may also decrease bone density and cause the skin to become thinner. Hair loss, fatigue and hot flashes are symptoms that may occur in middle-aged men. Additional symptoms of a low testosterone level include tender, swollen breasts, known medically as gynecomastia. Low testosterone may also cause sleeping difficulties such as insomnia, and it’s a risk factor for type II diabetes and metabolic syndrome.

Emotional changes associated with low testosterone in men include a loss of self-confidence and motivation. It can also create feelings of depression and sadness. A low testosterone level can cause some men to experience difficulty with memory and concentration.

Sexual problems are also a common result of low testosterone. The may include a reduction in the frequency of spontaneous erections and a loss of sexual desire. Erectile dysfunction and infertility are more severe sexual problems caused by lower testosterone.

The development of ART is primarily the result of dissatisfaction with the male aging process. Hypogonadism is common in older men, although it’s frequently undiagnosed and rarely treated. A 2008 study in PostGraduate Medicine reports strongly consistent evidence that ART is effective in restoring a man’s loss of sexual function and body composition due to low testosterone. The evidence for ART’s effectiveness in restoring bone density is moderately consistent. The evidence for reducing the patient’s sensitivity to insulin, lipid levels and glycemic control is inconsistent. The evidence that ART can improve a patient’s cognitive function and mood is weakly inconsistent.

The 2008 study shows that the evidence strongly contradicts the claim by some physicians that ART increases the risk of prostate cancer. However, this study also states that long-term trials lasting at least 10 years would make the evidence more convincing. It also urges primary-care physicians to be more alert in diagnosing and treating hypogonadism when it causes symptoms.

Current guidelines indicate that physicians should include screening for hypogonadism as part of the normal physical examination of men once they reach the age of 40 to 50 years. Physicians should also test a man’s testosterone level whenever he exhibits the symptoms of hypogonadism. Patients who display symptoms of hypogonadism and have a serum testosterone level below 300 nanograms per deciliter should consider ART. A patient who receives ART should be examined every three to six months so that the therapy may be adjusted if needed.

The primary purpose of ART for women is the treatment of sexual dysfunction, including low sexual desire, sexual enjoyment, willingness to initiate sex and ability to reach orgasm. ART is particularly effective among women who have undergone premature menopause, which occurs after the surgical removal of the ovaries. Postmenopausal women may also experience an increase in their sex drive when taking ART. The use of ART for this purpose remains controversial, with opponents arguing that that the clinical significance of ART is marginal.

A study published in a 2006 issue of Menopause examined the effects of women taking ART against those taking a placebo in a 24 week trial. This study showed that the women who took androgens experienced a significantly greater increase in sexual desire compared to the women in the placebo group. The primary side effects in this study included masculizing effects such as the following:

Endometrial hyperplasia is also a risk in women who have had a hysterectomy. The long-term effects of ART in women have not yet been evaluated.

Anyone who believes they may be suffering from a hormonal imbalance should consult a specialist with specific training in HRT. A doctor who is certified in BHRT can test your blood to see if you a good candidate for this form of therapy. Your physician will also need to know about your medical history before you should receive this therapy. It’s essential to weigh the potential benefits against the potential risks, and each patient is unique.

Post Pregnancy Exercise to Firm Your Abs and Slim Your Waist