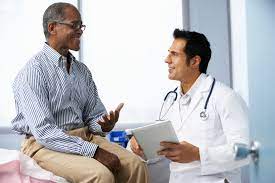 Benign prostatic disorder is the condition wherein the prostate becomes overly- enlarged to the point of causing partial to complete urethral obstruction. This condition accompanies several signs and symptoms such as urinary straining, intermittent urination and increased urinary urgency. The cause of this condition is generally hormonal imbalance occurring as a person age. BPH is prevalent for people ages 60 and above. Treatment for this disorder is available in many forms and the least invasive of these is the pharmacologic treatment. This intervention utilizes various drugs that directly act on the prostate.

Experts suggest the treatment if the condition of the enlargement is totally obstructive or already causing discomfort for the patient. It is believed that our own body can sometimes resolve mild BPH. However, patient still has a right if they want to undergo the treatment or not.

The exact etiology of the disorder BPH is not yet determined although theories were proposed. These theories are utilized for the study of resolving BPH though various means such as drug therapy. Physician usually prescribes six available drugs in the market in order to treat the said ailment. FDA approves Finasteride (Proscar) and dutasteride (Avodart) in 2001. These drugs act as an inhibitor of the DHT or Dihydrotestosterone. DHT is a constituent of the male hormone testosterone. This hormone has a growth enhancing effect that is believed to cause the increasing size of the prostate. Its main effect is the promotion of cellular proliferation through hyperplasia. The drug inhibits the production of DHT thereby inhibiting further enlargement of the prostate. In some situations, these drugs can even reduce the size of the prostate although this effect has not yet been proven.

The drugs terazosin (Hytrin, doxazosin (Cardura), tamsulosin (Flomax) and alfuzosin (Uroxatral) are also approved by FAD. These drugs belong to a pharmacologic class Alpha-blockers and administered to BPH patients to indirectly treat the disorder. These drugs have the capacity to reduce muscular tension and promote smooth muscle relaxation of the prostate. This action inhibits further urinary obstruction and promotes urinary patency. These drugs are usually administered to hypertensive patients to promote the mechanism of urination.

Medical researchers have found out that the use of two-drug therapy is more advantageous than prescribing only one drug. The most common and effective combination is doxazosin and Finesteride. These drugs act by inhibition and promotion. Finesteride inhibits the production of DHT thereby inhibiting the cellular proliferation happening. As this drug inhibits the growth, doxazocin acts as the symptom alleviator by promoting urinary flow.

Pharmacologic agents are supposed to be taken following the right prescription. The prescribed dosage is important and should be exact. Time of intake and other guidelines should also be monitored in order to prevent further side effects. Fluid intake plays an essential role especially for those undergoing a treatment that promotes urination. Those undergoing the treatment sometimes experience side effects of headache, vomiting and nausea. Signs and symptoms are very important for those having the treatment. Any untoward reaction from these drugs should be reported immediately to the physician. 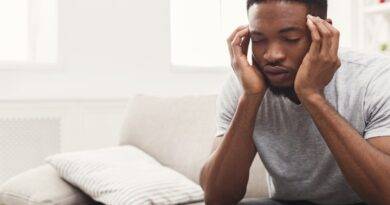 How to manage andropause in men? Top health tips to help the men